With his highly anticipated debut album ‘Raised Under Dark Skies’ out September 22nd on Island Records and a UK tour in October, JP. Cooper releases his new single ‘She’s on My Mind’ it’s this week’s Medd in the Morning Single of the Week

Destined to be the sound of the summer with its infectious guitars and JP’s effortless vocals, ‘She’s on My Mind’ is another glimpse into JP Cooper’s debut album featuring the smash hit ‘September Song’, radio favourite the gospel tinged, soaring ‘Passport Home’ and ‘Momma’s Prayers’ a collaboration with Stormzy.

Speaking of the track JP said “The title says it all, “She’s on My Mind” is a song about having somebody invade your thoughts no matter how much you try to move forward, I’m sure most people have experienced this & we wanted the song to have the same infectious effect. I’m so glad we managed to release this before the summer is over as it’s definitely a song to enjoy in the sun. Written with the same close friends that I wrote September Song with, it was a lot of fun bringing this one to life”.

JP Cooper continues to make 2017 his own. With two UK Top Ten singles to his name, the Jonas Blue smash ‘Perfect Strangers’ which he co-wrote and the inescapable radio hit ‘September Song’, JP has notched up an incredible 10 million single units worldwide, and an extraordinary 1 billion streams.

‘I’m incredibly excited to be able to say that my debut album is finally coming out’, says JP. ‘It’s been a life time in the making and a long journey from playing to a handful of people at Manchester open mic nights, to a sold out European tour ending with an incredible night at Shepherd’s Bush Empire! The most amazing thing is that so many people have been there since day one and I can’t thank them enough for their support.’

Already a worldwide sensation with his music going X2 Platinum in Sweden and Ireland. Platinum in the Netherlands and the UK, and Gold in Canada, Denmark, Finland, Norway, Italy and France, this working class hero has come a long way from his Manchester roots.

Medd in the Morning – Single of the Week: Sigrid – Plot Twist 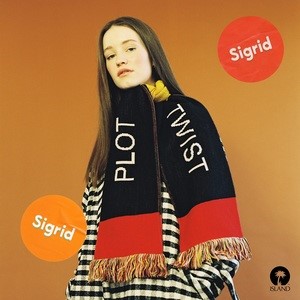